As I was interviewing a refugee in a camp about his inspiring story, an outsider came to make sure I was telling it properly.

"You're getting how wretched people are here, right?" he asked. 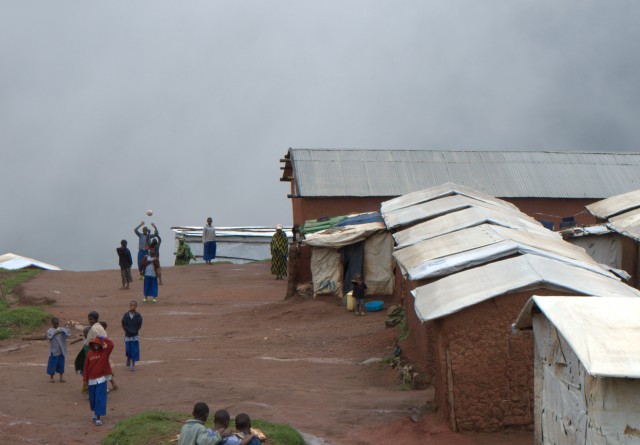 Refugees play volleyball instead of being wretched.

The outsider, who is not a refugee, would benefit politically if I wrote a story about wretchedness. He'd hold my story up high, proclaiming, "look! even a Westerner wrote that these people are wretched!" and if that helped him achieve his ends ... he'd get richer.

As a journalist, there's nothing I hate more than an interview with an agenda. I can trace it back to my first "real" interview for my first story assignment at school in Ottawa: my very first character told me, "you have to write X."

To keep the conversation going, I bit my tongue over my retort: "actually, I don't. I'm not writing this for you."

In East Africa, most journalists are writing for their subjects. Reporters here expect free food, transport, gifts and even cash from people with vested interests. The outsider at the refugee camp assumed I had been paid to write the story his way. (I had turned down the money.)

My refugee was different. He wasn't worried about looking rich or poor, confident or concerned, lucky or stoic. He told me the easy and tricky aspects of his life because, well, I asked.

As a journalist, there's nothing I love more than agenda-free honesty. I stayed up all night writing his story.