To tell "red" from "green" from "blue," there are colour filters on top of the sensors. That makes one sensor only capture "red" and the next only capture "green." Here's one 150,000th of a sensor array: 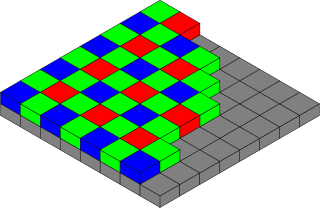 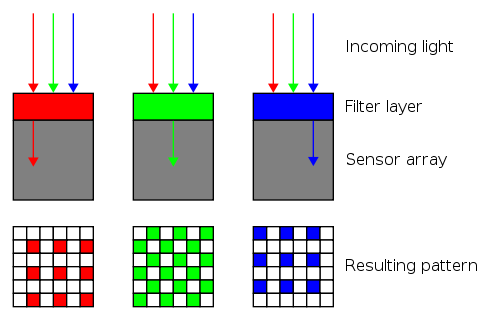 (Why is there twice as much green? Because the human eye notices differences in green more readily. Actually, the exact meaning of "red" and "green" and "blue" is different for every camera model. Manufacturers pick these colours carefully to make the best possible images.) 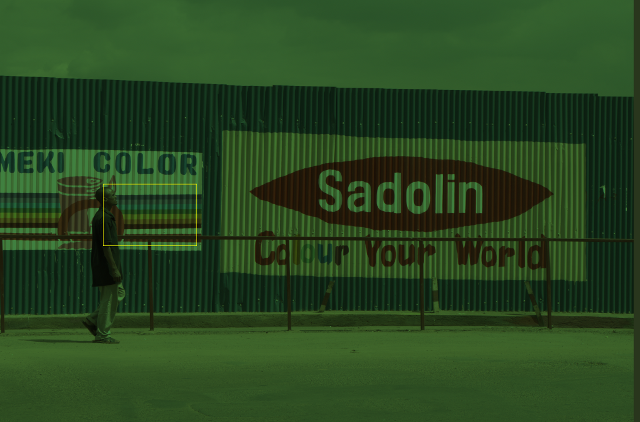 The image looks green because the camera captured twice as many green pixels. The image was squished to fit this web page; here's the same image zoomed in on the yellow square, which is 640 pixels wide and shown dot-for-dot: 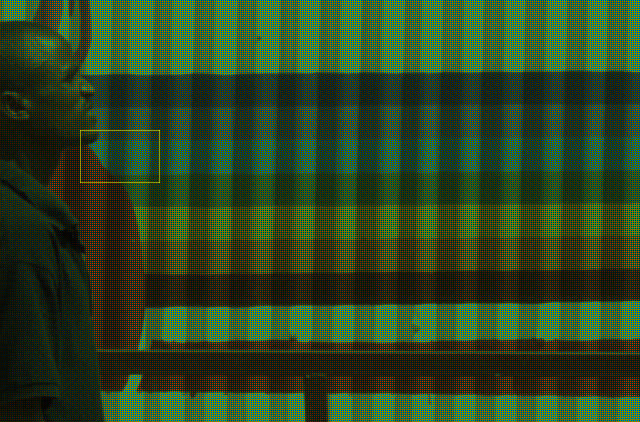 It looks a bit like a Monet painting. The effect is more obvious when zoomed in eight times more on the 80-pixel-wide yellow framed area: 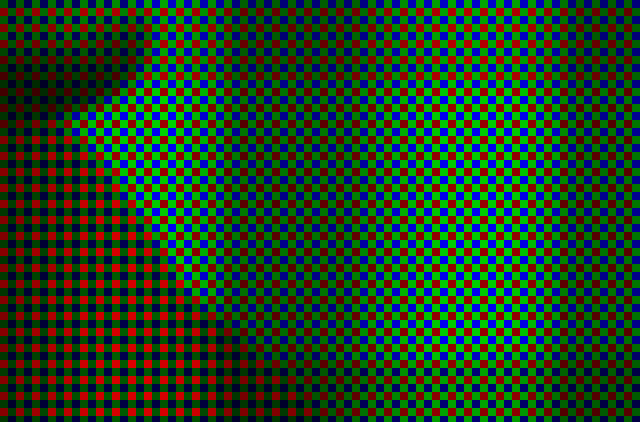 There's a problem: the camera captured an unsightly image. Processing is needed to guess, or "interpolate," the other two colours per pixel. 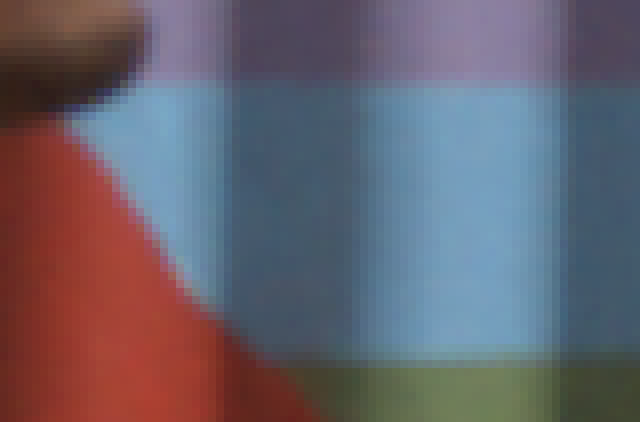 The result isn't great. There's a faint checkerboard pattern in the pixel row at the top of the horizontal green line. These patterns appear to varying degrees along sharp edges because some averaged colours incorporate pixels outside the edge while others don't.

There are more problems when zoomed pixel-for-pixel: 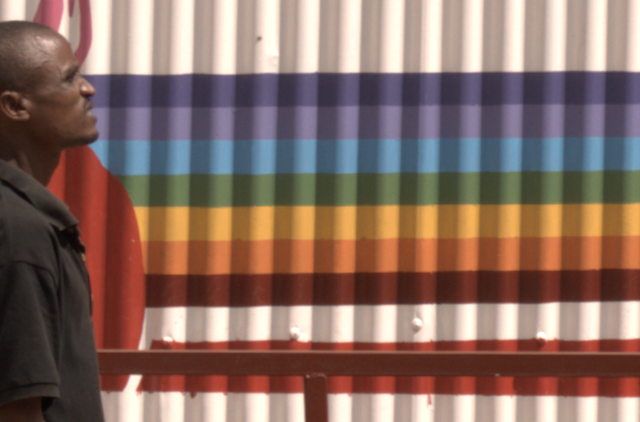 When the camera clicked, this picture was in focus. Now, the veins on the man's head look blurry, his chin is soft and the top of the railing behind him looks pinker than it should.

Digital cameras don't capture the colours of thin lines and they don't capture sharp edges. Photographers want these details anyway. Here's where purists switch back to film: digital photography is about making pictures look good, not accurate. The colour of the top of the railing can only be a guess.

Enter "adaptive" interpolation, which treats some pixels differently than others. Here's the result of using "Adaptive Homogeneity-Directed interpolation" instead of bilinear interpolation. The AHD strategy is to choose, for each pixel, whether a horizontal, vertical or bilinear average will produce the least blurry result. 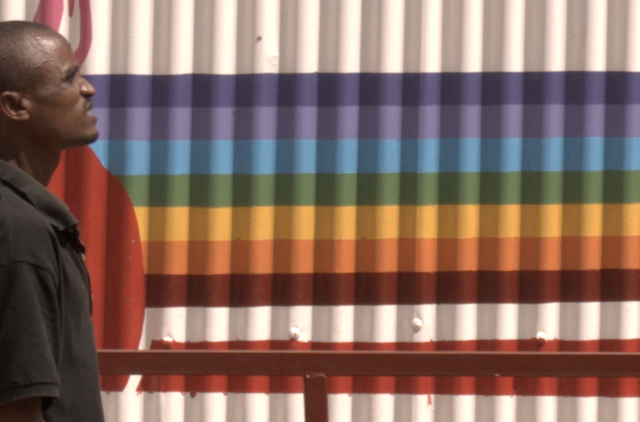 Notice the definition in the veins on the man's head and the darkness of his nostril. There's more clarity at the pixel level, too: 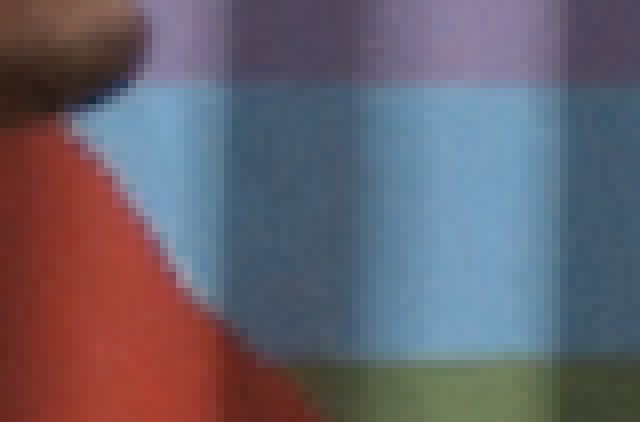 Edge pixels are more contrasted than their bilinear-interpolated brethren, and there aren't any checkerboards.

The bilinear strategy and the AHD strategy guessed differently about what the camera missed. Nobody can assert one image is closer to reality than the other. But most would agree the AHD-interpolated image, which has sharper edges and fewer out-of-place colours, looks better.

Speaking of looking better, there's one last step. As mentioned before, "red" and "green" and "blue" are different for each camera model. The colours need to be adjusted into the red and green and blue most computers expect. It's tedious math with vibrant results. 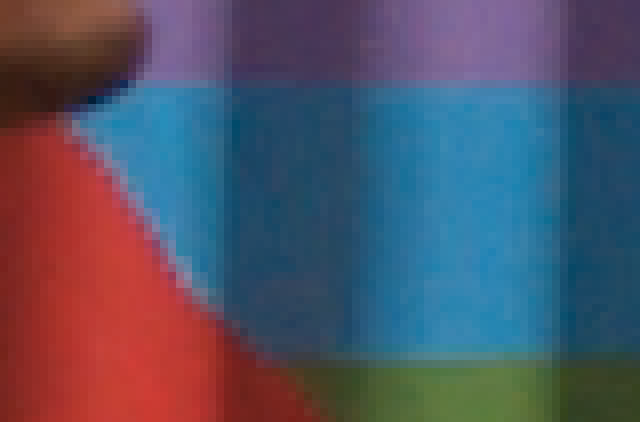 The colours are more vivid. Now all that's left is to zoom out:

Digital cameras do this sort of processing as they capture every picture when they're outputting JPEG files. Some more expensive digital cameras can save "RAW" files instead. One advantage of saving as RAW is that the camera doesn't need to interpolate instantly. A computer can interpolate later, so the photographer can choose a slow process like AHD when there's more time to pay attention to detail.

Click the row and column headers to zoom and interpolate: