He'd washed his clothes in the sink and the air was too humid to dry them. He was cycling in cold, wet clothes. The sun hadn't shone all week.

Well, not exactly. The sun had shone for about five minutes on the motel day. Adam had been on the phone with a journalist. Jeff, the cook at a now-a-restaurant Canadian Pacific traincar a few kilometres back, had suddenly appeared and offered him a styrofoam plate of strawberries and maple syrup. Jeff was the first acquaintance Adam had seen twice while crossing Canada.

For one thing, he realized in Fredericton he'd probably dropped the key to his bicycle lock at the motel. He felt stupid lugging a heavy chunk of useless metal for hundreds of kilometres, hoping his effort was less stupid than throwing away the lock and then finding the key.

And in the morning somebody had blared Friday, the annoying faux-pop YouTube song, near the road. It was stuck in Adam's head all day. 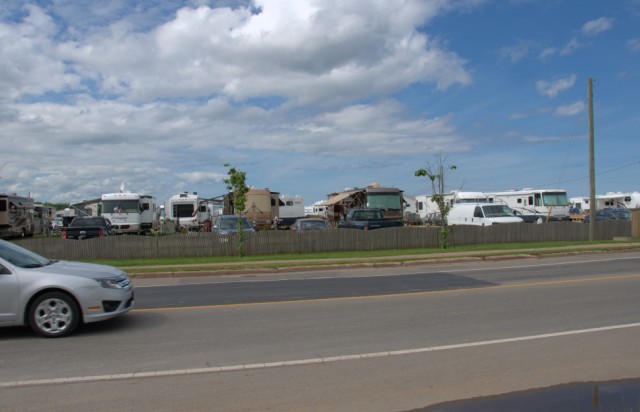 Most campgrounds in Canada are parking lots. Thousands of campers park in these sites every day, often paying $30 or $40 per night. It's something to fume about.

He'd encounter the coast the next day, but his trip was far from over.

Maybe that was it. Two friends had asked, in the past week, if he ever felt like returning home. In the Prairies the idea hadn't occurred to him. Now he had crossed the continent and he wanted more Montreal bagels. The rest of the trip seemed pointless.

The wind was behind him and he vented to himself all day. He fumed as he gulped delicious ice cream. He stayed dumb when two nuclear parents answered questions from their two nuclear children about his bicycle.

Normally Adam could mute his frequent flips from happy to depressed and back. His mood usually swayed with the winds and his impatience rose with the hills. Today he was stuck on one emotion.

Finally, before nightfall, the clouds parted.

The ocean lay a day ahead.

He camped alone with the mosquitoes.

Happiness lay a day ahead. 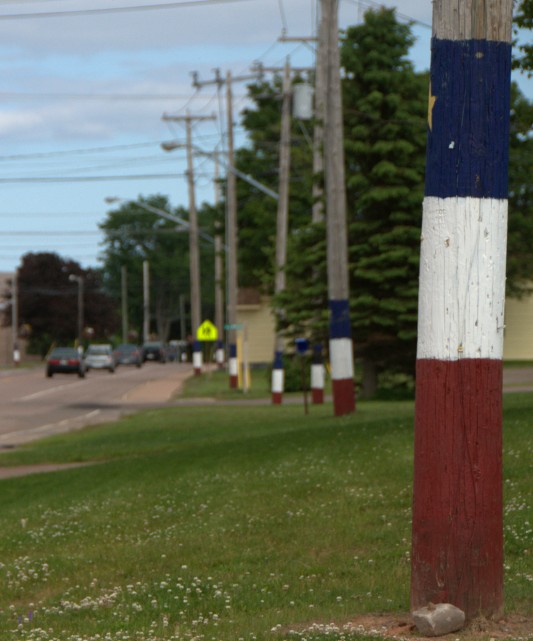 The sun returned as I reached the coast. I re-entered French-speaking New Brunswick and my route was lined with the Acadian flag. 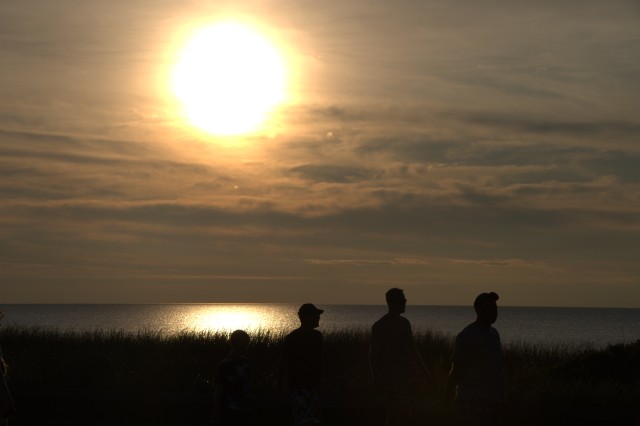 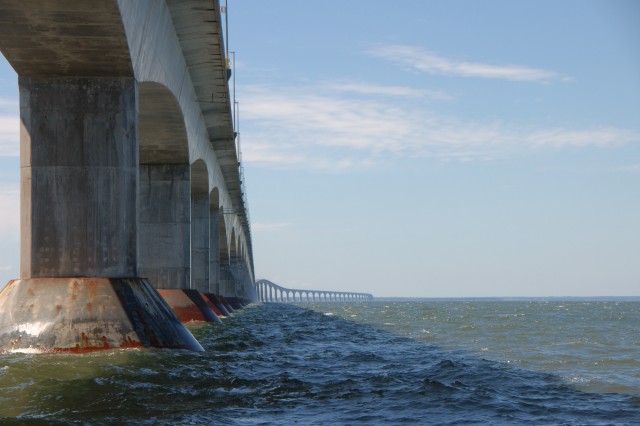 The 12.9-kilometre Confederation Bridge links New Brunswick to Prince Edward Island, where this picture was taken.